The Quest For Originality: Motivation for Writers and Artists

There are no new ideas in the world of writing.

Everything has already been done and redone. 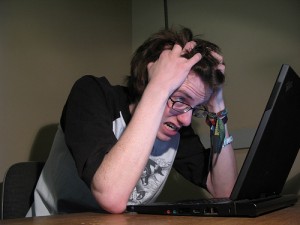 I’ve been hearing this a lot lately. Honestly, I’ve sometimes felt this way myself and wondered how could one achieve originality in an era where so much has already been explored. It’s human nature to possess a desire to feel special and to extend a unique part of ourselves to the world. So the notion that everything has already been done can lead one to feel irrelevant and without purpose. It can also lead people to feel somewhat frightened by the possibility of being accused of plagiarism as a result of producing a similar idea that has already been realized by someone else. This is all particularly disheartening in an era where the entertainment world is overrun by remakes.

I’m sure many writers share the same concerns I’ve had. During my time of reflection I paused my creative process. Even so, I didn’t sit still. I kept busy, taking a closer look at life itself. I also began revisiting classic tales, a process that is still ongoing, and exploring classics I hadn’t gotten around to before. In doing so, I noticed that many of the classics shared a common theme, yet they stood out in very different ways. Not only did this reignite my motivation to write, but it led me to the answer I’d been seeking, an answer that should have been obvious from the start.

The world is filled with people, places and phenomena for us all to experience, capture and remember. For instance; though the sky is as old as time, we can experience it from a renewed perspective through the eyes of artists, photographers and writers. It’s possible that their vision may highlight some small detail we never noticed before. And though no one on Earth has the power to change the order of the celestial bodies they perceive, they can change how we view them based on their interpretation.

I came across a quote that also prompted me to think. It read: “Every book you’ve ever read is just a different combination of 26 letters.” 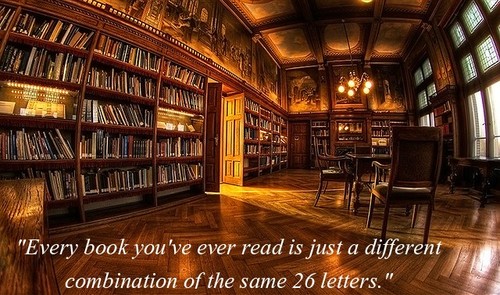 Although the concept is focused on the English language, I found it encouraging. Language is to a writer what paint and brushes are to an artist, or plaster to a sculptor. Yet, despite the common tools shared by many in these respective crafts, many unique masterpieces have been created for eons.

Life is ever-changing. That fact alone presents the promise of exploring and creating something new (or at the very least, a new way of perceiving what already exists). Just as in space exploration, scientists and astrophysicists observe the same sky yet always manage to uncover something different and exciting.

2 Responses to The Quest For Originality: Motivation for Writers and Artists