Reflecting on the Past, Looking to the Future 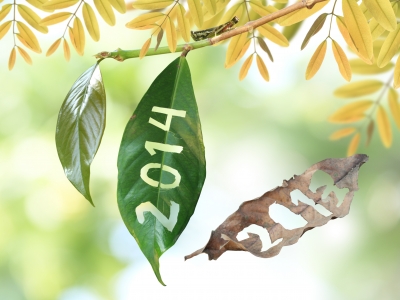 2013 has been perhaps my most inactive when it comes to social media. I guess that’s because I’ve had many obligations beyond the realm of cyberspace that demanded most of my attention. Nonetheless, I’ve greatly missed my online family, friends and loyal supporters and I hope you’re all doing well. For those who are enduring hardship, I wish you much strength , faith and patience as you work your way through life’s challenges. As we approach the threshold of 2014, most of you are probably reflecting on the past year. I know I certainly am.

For me, and I’m sure many others, 2013 was like a temperamental lion that exhibited sporadic moments of tenderness between fierce rampages. I wish most of it could have gone differently, yet I understand that time is a force that acts independently of human desire. All the same, the journey from this year’s inception to its waning hours has taught me many lessons—painful, humbling, enlightening and inspiring. And though reflecting on them disturbs some fresh wounds, I realize how much they have pushed me to grow.

Numerous events brought about such lessons. Among them:

A few frightening, but minor intrusive physical setbacks stemming from my, and Max’s, fitness goals. On the bright side, we both shed over thirty pounds! I also picked up the skill of bicycling—something I never got to learn during my childhood.

However, my biggest lessons came about this past Fall when I learned of the violent death of Miriam, a former classmate. We hadn’t been in touch since junior high, but I always remembered her to be among the sweetest people I ever met. She was among the few who treated me with kindness during my awkward early teens. I was still processing the news two days later when I received word that my longtime friend and mentor Harriet had also died. As I type these words, nearly three months later, they seem foreign. I’ve been avoiding doing so since I felt that somehow it would change the fact that she’s gone, at least in the physical sense. I guess I’m still processing the fact that the dynamic of our friendship has undergone the ultimate change. She was a no-nonsense woman who lived her life extremely well and was always generous with her time and compassion. She had a great appreciation for the fine things in life, but was also very down to earth. So many lives were changed for the better because of her, including mine.

It’s strange, how the mind develops temporary amnesia until an event prompts one to look back far enough. As I take a hard look back to nearly twenty years ago, I recall the darkness Harriet helped pull me from. I also remember how she took me under her wing and introduced me to opportunities that set me on a path that eventually led me to where I am, though I diverted from the career she encouraged me to pursue. Nonetheless, she was always supportive and that will forever remain in my memory and she will always have a special place in my heart. I remember her so fondly and vividly that sometimes it feels as though nothing has changed, that I could pick up the phone and hear her voice on the other end. Then reality sets in and I find myself wishing I had done so more often as the tears reemerge then evaporate in the brightness of her memory.

Since October, I’ve also lost two family members, the most recent just the day before Thanksgiving. Both showed signs of fading prior to the end, we weren’t entirely prepared—who ever really is? Yet, like my dear friend, their bodies had become prisons. And though I’m saddened that they have passed on, I understand that their suffering is over. As I take solace in the memory of their strength, wisdom and compassion, I am reminded of a quote from the Shawshank Redemption. In it, Red laments his friend’s departure from the prison, but notes:

“I have to remind myself that some birds aren’t meant to be caged. Their feathers are just too bright. And when they fly away, the part of you that knows it was a sin to lock them up does rejoice. But still, the place you live in is that much more drab and empty that they’re gone. I guess I just miss my friend.”

All of this has taught me to make more of an effort to live, laugh, love, learn and explore, not just merely exist. As trite as it may sound, it has taught me not to take anything or anyone for granted. I have also learned to ease up a bit on my perfectionism and to shelve my fear of appearing foolish. After all, I’ve had plenty of experience exhibiting awkward behavior. In spite of the hardships faced this year, there is still no doubt that I remain blessed to be surrounded by loving and supportive people, including my loving husband Max, with whom I recently celebrated sixteen wonderful years of partnership. 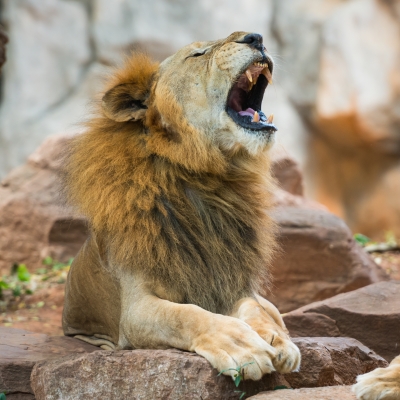 Now, as the yawning lion that is 2013 prepares for slumber, I extend my wishes for its awakening successor to be a gentle giant, ushering a year of peace, love, happiness and prosperity for everyone. And as we step into 2014, let’s do so with an open mind full of hope and determination to make it better than the year we’re leaving behind. Let’s enter the year with the knowledge that we, alone, are in command of our happiness, that it is something we build with however many moments we are allotted. Here’s hoping that the structure you build will withstand life’s turbulent weather and serve as an inspiration that this world desperately needs. As Henry Ford once said: “Whether you think you can, or you think you can’t—you’re right.”

2 Responses to Reflecting on the Past, Looking to the Future