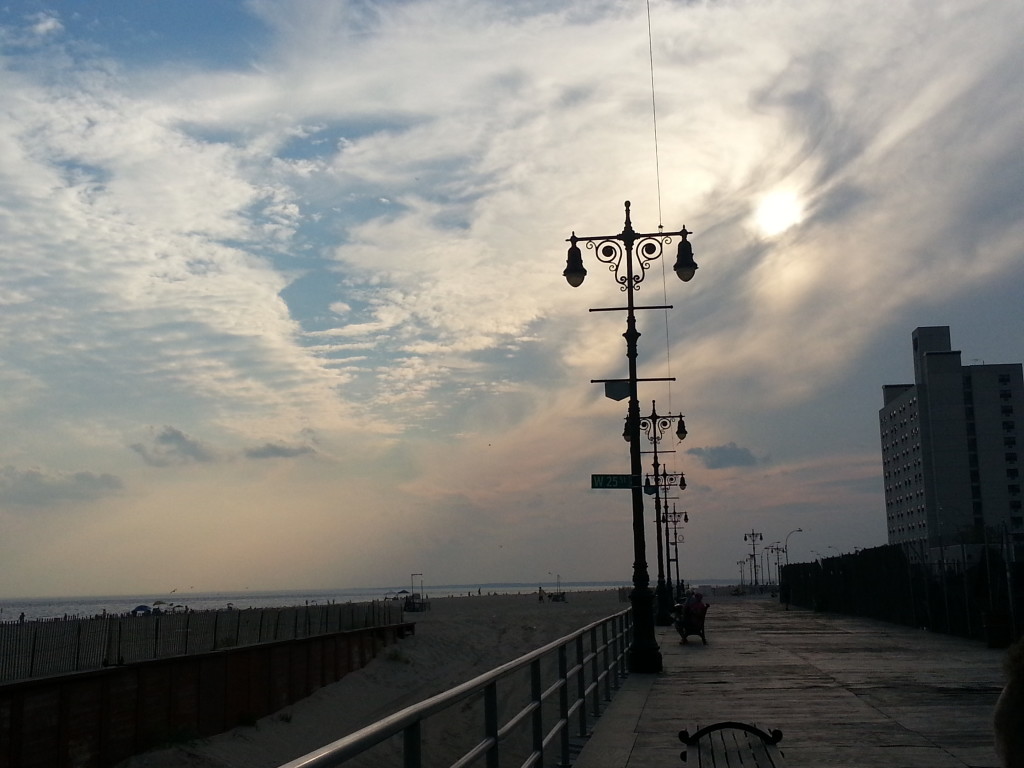 The beach clears, the painterly sky darkens, muted pastels fading.
The vast ocean crashes into the surf, its waves now too cold for wading.
Stragglers linger, some hand-in-hand, and stroll the crumbling boardwalk,
Some cuddle close, sheltered from the wind, lips much too busy to talk.

They witness Summer’s last dance,
she twirls and kicks up sand,
Seagulls squawk their serenade,
As they hover above the land.

A vague rainbow is on the horizon,
It’s smeared across the sky.
Like rouge running down Summer’s face,
As though she doesn’t want to die.

Her moves become erratic,
Her sultry shimmy becomes a shiver,
She grows even colder when,
the sunlight becomes a sliver.

Cool amber leaves emerge,
from sands of burning ember,
As Summer takes her last bow
On this day in late September.

The silence is soon broken,
Something stirs on the beach,
A familiar presence approaches,
Just within my reach.

Notes of spice and cinnamon,
Waft through the salty air
As it wraps around me,
I know that she’s still there.

Its embrace is familiar,
And I know once and for all,
Summer didn’t die, really,
She just stumbled into Fall.