Last week, I left off with a question regarding the setbacks when it came to fairly including black characters in the sci-fi genre. If you missed last week’s post, click here to check it out.

Now, for my assessment:

When I was growing up, there was sort of a running joke as to who would die first in a sci-fi/horror film. Usually, it was the character with the most melanin. And if the character wasn’t killed off, chances were they’d be insignificant or would become the victims of racial stereotyping. What was the reason for these setbacks?

I think there are several answers to this question, but it all boils down to the studios’ desire for a maximum return on their investment. Although there may have been a desire among creatives to present characters fairly, executives didn’t believe the black community accounted for enough of the audience to warrant investing time, money or development of these characters. As a result, tokenism was a tool heavily relied upon in order to fulfill the social obligation of being more racially inclusive. And as author Gregory Walker stated at the 2012 Harlem Book Fair, African American audiences were, to some degree, initially complacent with that fact since they were finally seeing themselves more frequently included in the genre—albeit at a limited capacity. With little demand for an end to this trend, the executives saw no reason to change anything. 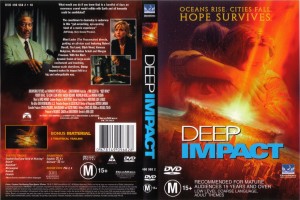 Thankfully, the trend has shifted over the years, bringing us important characters of color in sci-fi films such as Deep Impact, The Fifth Element and 2012 among others (It’s worth noting that all three films featured a black president). This, I believe, is due in part to the ongoing cultural shift taking place in our society. It is a shift that has an influence on everything from entertainment to politics. 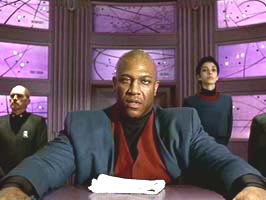 Tommy Lister Jr. as President Lindberg in 'The Fifth Element'

In retrospect, I realize that the lack of truly equal cultural representation in the science fiction genre has had a multi-tiered effect on our society. It has led many to falsely believe that black people aren’t interested in sci-fi, let alone write it. In fact, I’ve encountered people who believed I’m the first black female sci-fi author since I was the first time they’d encountered such a person. Of course, this couldn’t be further from the truth and I could never claim that honor. Still, I’m just as proud to make my humble mark on a surface that has long before been traversed by the late, great Octavia Butler several other talented writers who still contribute to the genre today. Admittedly, there are but a handful of black sci-fi authors who were able to rise above obscurity and I walk along the path they’ve paved I can see the tracks of the hardships they’ve endured. 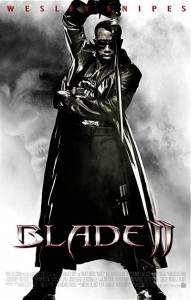 During my sci-fi panel appearance, a question was raised as to why novels and films like Twilight were so widely successful whereas other novels with similar themes, but featuring main characters of color, have gone overlooked. While some pointed to race, I had a different theory. Twilight was born in an age where advertising opportunities are more numerous than ever and the franchise’s PR attack was insane! It was impossible to escape the bombardment. It was everywhere: radio, television, theater trailers, internet, magazines, billboards, etc. I believe it played a big role in the success of the franchise which came just behind the remarkable success of Harry Potter. As one attendee pointed out, there were exceptions, namely Blade, which was a box office hit. Though some have wondered whether its success was mainly attributed to the star power of the cast. I’ve heard people wonder the same about I, Robot, I Am Legend and Book of Eli. Be that as it may, the concept of cultural equality is further advancing in the genre, and that counts for a lot.

Now, I’m not suggesting that art is no longer occasionally appraised with a racist view. As far as we’ve come, there is still more that needs to be done. George Lucas exposed this fact when he revealed Hollywood’s reluctance to fund Red Tails. Alas, though the project was ambitious, it wasn’t well-received. 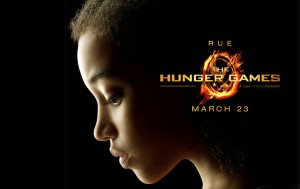 Then there were the unfortunate racially charged online comments that targeted the character Rue of the Hunger Games. This incident made it painfully evident that there is still a cultural divide despite claims we now live in a post racial society.

In my opinion, a post racial society is one in which our varying nationalities are no longer viewed in a negative context nor results in discrimination. I don’t think we’re quite at that stage. Still, I consider myself blessed to live in an era of increased multicultural acceptance and to witness the continuing advancements being made in the industry on this front. As a sci-fi/fantasy author, I believe I bear at least some responsibility when it comes to presenting the possibility of a more harmonious future in my work. I also believe that sci-fi serves as much more than entertainment. It inspires others to work toward a better social, technological and environmental future. After all, the future is something which we all play a part in shaping.

“Fantasy is the impossible made probable. Science Fiction is the improbable made possible.” ~Rod Serling