A Disease as Bad, if not Worse, than Ebola

With all the recent obsessive media coverage about Ebola, many people don’t realize they’ve been infected by a disease of a different sort. It affects a much larger group of people without the need for physical contact and can go undetected for much longer than those infected with the notorious virus. Chances are, if you have access to a television, radio or internet you’ve already been affected.

The disease I’m referring to is panic, something the media fervently incites with its bold headlines and fear-inducing jargon. Don’t get me wrong, it’s understandable to have concerns when it comes to maintaining and protecting our health and that of our loved ones. As a soon-to-be mother, I constantly think about how I can best ensure that my expanding family will have as safe and happy a future as possible. Even so, I know that when we allow ourselves to become blinded by fear and panic it can rob us of our ability to make rational choices. And that can lead us to stumble into the very situations we hope to avoid. 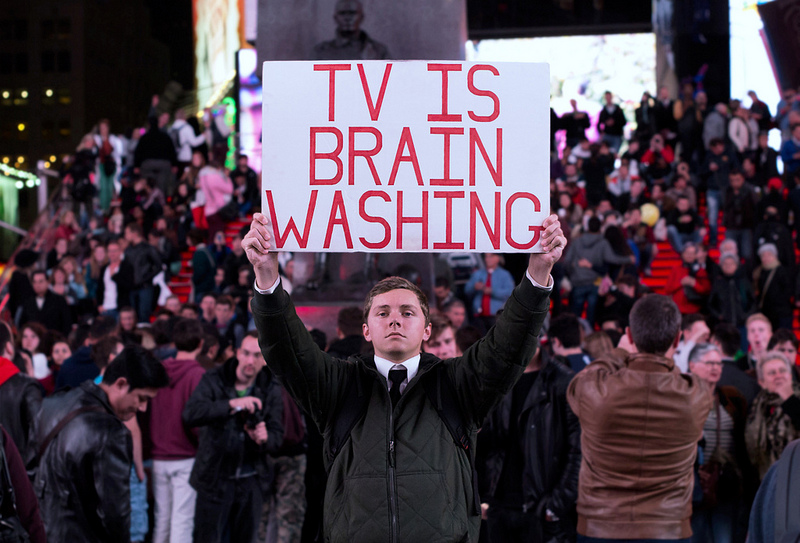 The best way we can fight back against panic is to arm ourselves with knowledge and readopt the rapidly fading art of common sense. A large part of that means refusing to play puppet to the media’s strings of manipulation. Rather than jump on cue, we should question why they want us to do so. It may take extra time, but I believe it’s important to carefully weigh the information we’re given via traditional media and cross-reference with our research. To do so is to take charge of our own knowledge, thus making it more difficult for the media to assault us with their scare tactics. Fear has long been their primary tool to gain viewership. I lost count of how many times I’ve heard headlines like: Can your dishes kill you? More at 11. Meanwhile, the viewer pauses during their early-evening meal, wondering if they’re eating their last supper.

Such cheap tactics used to work on me when I was younger. Thankfully, I grew somewhat immune upon listening to the wisdom of those who had seen much more than my naïve eyes had witnessed.

“Do you know how many times the world was supposed to end already?” my mother once laughed before answering her own question. “Since WAY before I was even born.”

Today, I understand her words more than I ever did as I reflect upon all the supposed world-ending, humanity-crippling disasters hyped by the media at one time or another. Y2k, anthrax, avian flu, swine flu, 2012, terrorism…the list goes on and on. I’d be hard-pressed to name the last time a news story was presented without a reporter’s speculation or some sort of exaggeration to make things more interesting. The problem is that news has become a form of entertainment in a way, and so the media feels an obligation to insert their own brand of drama.

The media often portrays a grotesque distortion of society and as a result it’s no surprise that some feel the need to warp themselves to fit that image. If the old idiom, you are what you eat, also applies to what we feed our brains, then it’s no wonder so many people are suffering from depression, paranoia, anger, and hopelessness. When people are constantly being shown, not just told, how shitty and hopeless the world is, that message eventually sticks. Since these damaging tactics are unlikely to stop, it’s up to the audience to break the cycle.

Given all the attention Ebola has recently been getting, one would think it was something new when in fact it’s been around for many years—the first cases being documented in the 1970s, if I’m not mistaken. What has made it such a hot topic now is that it now affects more than just the population of Africa and now threatens all nationalities. Until now, the media didn’t find it worth reporting since in their eyes it didn’t affect enough of the world for the public to care. As a result, they’re exploiting our society’s narcissistic tendencies by playing on our collective ego-centrism to fuel their campaign of panic.

I’m sure similar panic arose in the respectable eras of the bubonic plague and countless other potentially fatal communicable diseases. Such diseases get the most attention when the affluent and less fortunate, though divided by financial circumstance, are united by illness. Yet, humanity as a whole has survived them all.

Fear and panic tends to live in the spaces where knowledge is lacking. It’s a counterproductive divisive hindrance that slows our progress whereas the pursuit of comprehension, along with the use of common sense, better enables us to conquer the challenges at hand.

Disease will always be one of humanity’s greatest adversities, just as caution and proper hygiene have proven to be among our greatest allies in terms of disease prevention. Yet, I think it’s important to remember that humans have a remarkable gift to persevere, evolve and adapt. One only need look back in the pages of history to see the footprints of our resilience. Unfortunately, that’s a message that is often drowned out in the obsessive doomsday media coverage which has caused many to lose their faith and rationality.

I’ll close with a quote from Mark Twain: